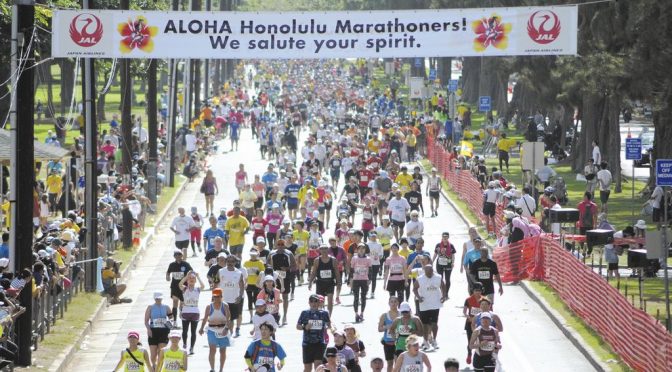 The Honolulu Marathon is a marathon in Honolulu, Hawaii, first held in 1973. It is one of the world’s largest marathons, taking place annually on the second Sunday in December. The marathon is popular for its location in Hawaii, and is also popular among first-time marathoners, many of whom are visitors from Japan.

No comments to show.